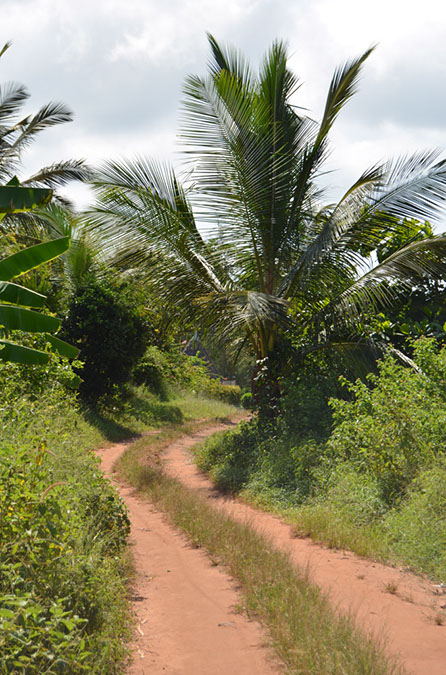 It started when i had to choose between option 1:flat earth and option 2:round earth, and off course, without knowing, I chose round earth.

At a later moment I was shown my first flat earth video (this was beginning December 2018), and I was thunderstruck. And intrigued. This is what some people actually and fully believe in.

That question and "how" have been on my mind ever since.

And I got into the world of flat earth. Watching hours of video, both con and pro. Investigating different subjects myself and yes; There are a lot of questions.
But sadly also a lot of nonsense, and finding out the real questions and the real answers is a quest on itself.

But it is both fun and interesting. I have been looking into things I have never thought of before. Or things I found interesting as a kid, but nowadays are of little importance. I forgot what is was to be a kid: Questioning everything and just be amazed.

The funny thing is: Learning new stuff has always been my passion. It is what makes me tick.
But this was 'old' stuff. Things I was taught as a kid. By my father ("the smallest distance on sea between 2 points is a curve", he was a sailor), but also at school and reading books and magazines..

And I never wondered why I saw my surroundings as flat. Because it is. If you look around it is a flat earth. There! I said it!

Not being able to see for yourself that the horizon curves, or not, is one of the main reasons some people are sceptical.

And they should, because it is nearly impossible to see for yourself that the earth is curved. So who to believe: Your own eyes? Can you?

Why is it difficult to discern flat from round?

It is because the world is so big. It is very hard to imagine a thing you cannot see for yourself.

Living in the Netherlands, which is quite flat, in the sense that our highest 'mountain' is 322,4 meters above sea level. I myself live a few meters below sea level. On a good day I can see a lighthouse 30km away. On average I could see 40km max, because of the weather.

But could I detect curvature on the ground? And what do we expect to see?

Actually there are 2 curves we might expect and 1 other we might observe.
One we might expect is a side way curve. Like you stare out at sea, and expect to see the left and the right to be lower. But that would be strange wouldn't it? Because what you see in front of you is the horizon. At eye level and where you (or actually your brain) expects the horizon to be.
But if you turn a few degrees to your left... wouldn't the horizon be right at the same height? So how can it drop? Would you actually be able to see that drop?
I will try to explain that in another article.

The other we might expect is the drop of the horizon. Like watching a boat 'sink' below the horizon.
Well. That is a toughy. Because at first sight: That is exactly what seems to happen!
Until you get some binoculars and they reappear. And then it vanishes again.
And people have made observations of object that are further away than would be possible on a round globe.
On a round globe model this is explained because the atmosphere, and all the layers of different air temperatures acts like a lens. It is called refraction.
On a flat earth model this is off course explained by there being no curvature at all. And the distance and magnification eventually let object disappear from sight.
I will discuss this in more detail in another article.

O but wait. There was this other curve that we might observe. What about that?
Well. This is when you would look DOWN while you go up. Eventually you would be able to see an edge of the world all round you. This will either be the whole (flat) world, or half (or even slightly less than half) of the round world.
We do have pictures of that. From space. And I do believe we are in space on ISS.. but that again is another subject for another day.

And finally there is one observation, that has nothing to wth seeing a curved horizon, but has everything to do with seeing the edge. When you go up, and look straight ahead (water level) you would be able to see the horizon drop.

The only fact that remains is this:
You and I, with our own eyes and means cannot tell a round earth from a flat earth. There are just too many obstacles.. literally.