The moon landing hoax is a debate that has been going on for decades. People have found a few anomalies in all the footage from 6 manned lunar landings: Apollo 11, 12, 14, 15, 16 and 17. Besides the manned landings more than 70 other missions (either landers, orbiters, or flyby's) have been successfully done (and almost 60 failures, that we know of). And these from several countries like Russia, Europe, China, India and the USA.

And some of these mission have taken pictures, or other evidence, that the moon landings were not fake. But why would they be faked anyway?

At that time we had a cold war going on. Full secrecy on both sides, and the USA just lost the battle for getting into space first.

On of the effects was that everything that was said or done (like an interview) had to go through rigorous machineries to prevent secrets to leak. And so a few awkward interviews had to be a result. Also NASA did not comment on all the 'mistakes' as the were to proud to even address them. It was a different time, or was it?

Secrecy is all around, even today, or maybe even more today. And everything depended on success, so back-up plans will have been made. Maybe there was a site prepared to fake the whole thing, But imagine for a moment all the people that have been included in the project, over the years. And everything was monitored by both sides. You think the USSR would let the USA get away with something like this? You think after all these years other countries would, even 'enemies' of the USA of today.
People, and certainly those that doubt the heliocentric model, always point to NASA as the big conspirator. But today millions of people have access to the space program, and not one (legitimate) person ever had come forward to tell a different story.

And why didn't we go there (or other countries) in all of the years since? Well, the costs were immense. Going one way, and back, and not being able to stay for more than a few days is just not cost effective. And the moon is after all not that interesting, not to live on, not as a resource, and not even to use as a base: Space stations are much better equipped to bring food, water, etc, than it would be to land on the moon. A lot of money went into the space shuttle program, which failed, because it was not cost effective. Other countries were just smart and did not invest.
Remember the moon is 384.400km away. That is 30 earths between here and the moon. The ISS is only 400km away... Space is big.

So it was difficult. A nice source of information is the youtube channel History And Science

But let's address the things some people say are faked. And you will notice that there are not even that many, most things are just repeated over, and over and over... Counting the amount of footage, from the moonwalks, and taken by other people and in other countries, this is not much, and every single one of them can be explained.

The top items are

Fun fact: The live stream from the first moon landing was not shown as is. That was because the feed from the moon (at a different frame rate) were not the same that could be used in all the different tv systems of that time. For more background this is a nice article on quora.

There is a video that show a flag waving like there was some kind of wind, which obviously there is not on the moon. The explanation for this, is that the flag was mounted on a (not too sturdy) pole, and held up by a beam. The movements you see, are just a piece of cloth moving, because it is cloth and has it's own momentum.

There are several questions about the dust on the moon, and how there is no blast crater while Armstrong leaves a foot print, and how can he leave a foot print is such a dry environment.
Fact is: Moon dust is not like earth dust. It has not corroded as it would here on earth. Also the lunar module did not come down on a tail of fire, just prior to touchdown. And finally, only a tiny layer of dust is actually on a very rocky surface.

See more on the page Moon landing: Dust On The Moon

There are several questions about the light and shadow on the footage. Shadows are not always in parallel lines, and Aldwin was brightly lit, in the shadow of the lander. The simple answer to that is that the moon surface is very reflective: You can experience that for yourself, the full moon is more than enough to walk by in the dark.

See more on the page Moon landing: Light and shadow

Reflection in visor of something hanging in the air

No blast when the module took off

People always imagine a blastoff like when a rocket is launched from the earth. But a different fuel was used, that burned blue, instead of yellow. So no burning flame, coming down, or going up.

The Van Ellen radiation belt is a region of high radiation around the earth. 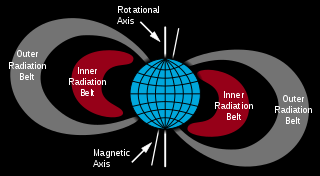 How they were able to pass, safely, and why that is a problem nowadays you can find in more detail on the page Moon landing: Van Allen Radiation Belt