The ancient experiments of the greeks


What they did was the following:

Imagine watching the moon at first quarter. The angle to the sun (to light only half of the moon) would have to be at a 90o angle. The smaller the angle (a) the moon was viewed at, the closer (d) the sun would have to be. Of course the lines in this picture originate from each centres of the sun, moon and earth.

Aristarchus measured an angle of 87o between the moon and the sun which results into the sun having to be 20 further away than the moon. Of course this was done without a telescope, and it was both hard to find the exact moment of first quarter, and actually measure the angles themselves. But the effort is to be applauded. Especially since trigonometry did not exist (sine/cosine or π had not been invented yet).
Using the same methods we would now be able to do the same experiment and see that the angle is in fact 89o50', which means the sun is actually 400 times further away than the moon.

Another experiment Aristarchus did, was using the lunar eclipse. (edit...)

Now would this work on a flat earth. Yes, because nowhere in his experiment he was using the shape of the earth into his measurements or calculations.

But there are several things to keep in mind. 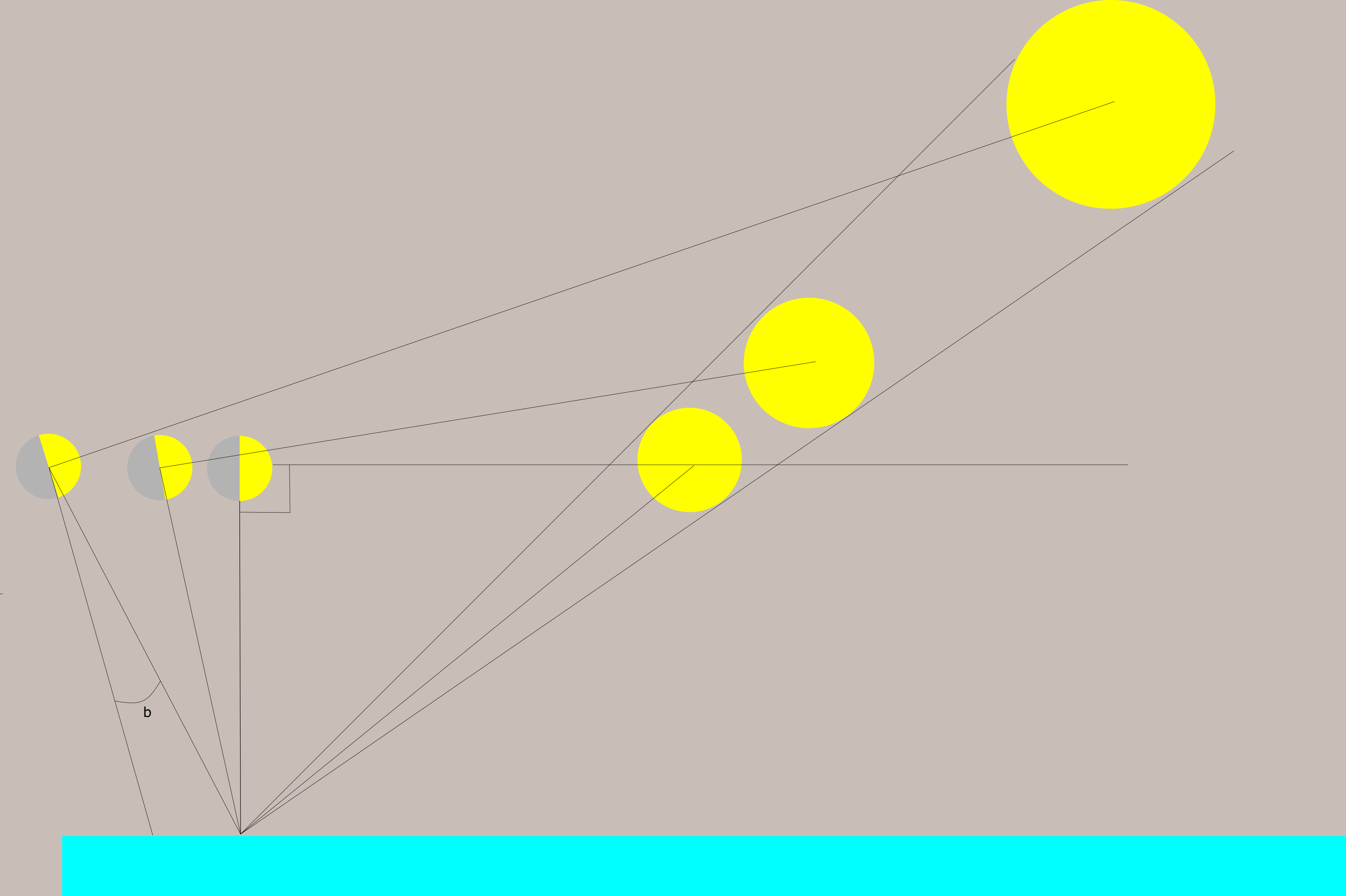 So this picture would be better: 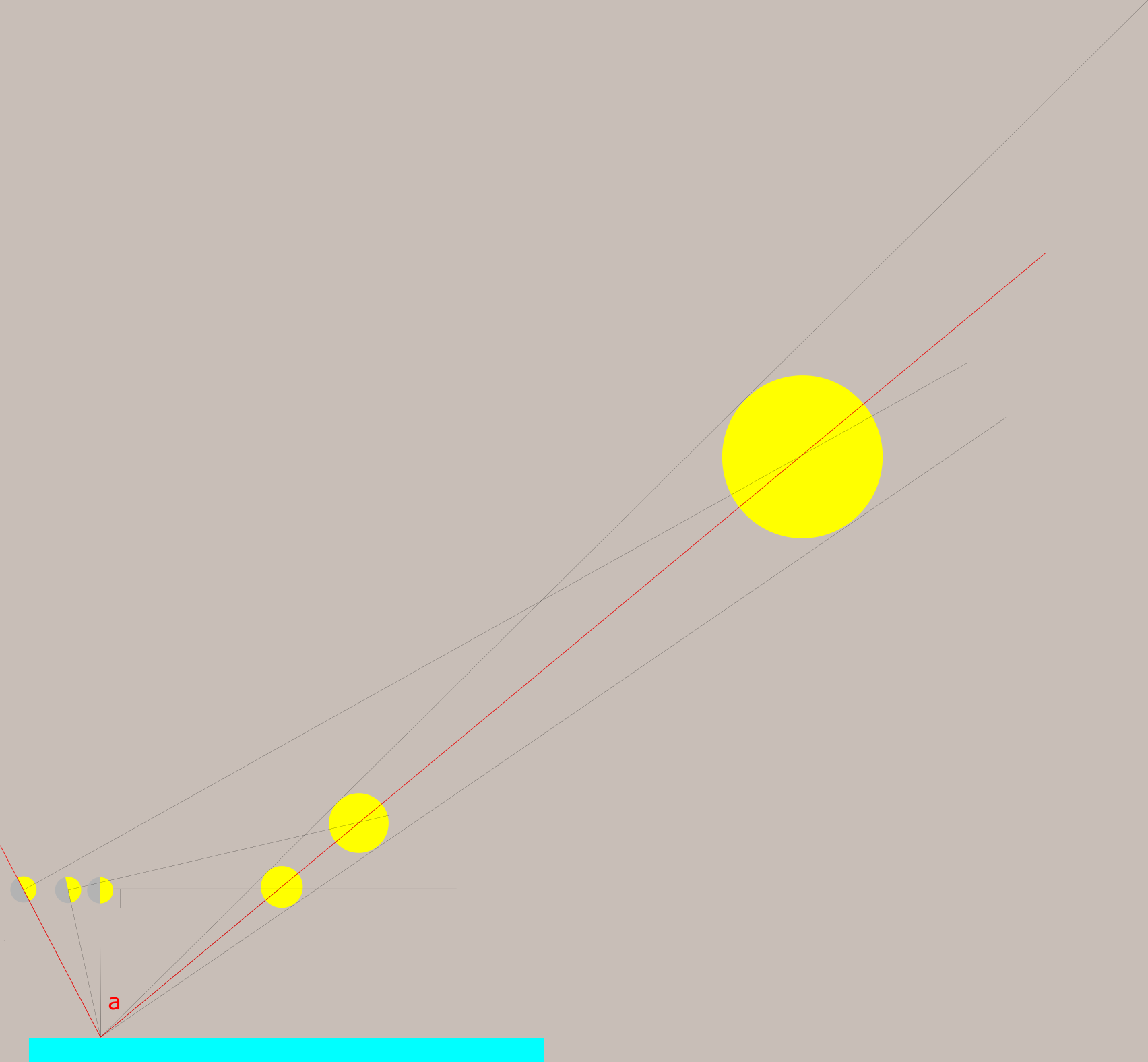 In the above picture there are 3 important (red) lines em (earth-moon), es (earth-sun) and ms (moon-sun)
We know the angles of a (87o) that was measured by Aristarchus, b (90o) which is the angle between earth, moon and sun, and is 90o because we have a half moon.
Now In this picture the sun is set too close, therefore the dashed lines, to indicate a larger distance, the two red-dashed lines will cross at the sun's position. Also the whole system is aligned with the surface of the earth, as that will make the calculations easier to follow.

In general a line is defined by ## y = \phi * x + b ##, however em is not defined as such, we must take an arbitrary value. This does make sense, as we do not try to calculate the distance to the moon, only the relative distance between the moon and the sun.

This will lead to the following

The method used however was not based on trigonometry, but using tables en euclid calculations. And that resulted not in a specific value, but an approximation of

Aristarchus’s On the Sizes and Distances of the Sun and the Moon: Greek and Arabic Texts by JL Berggren